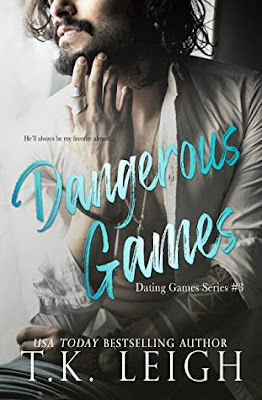 Asher York.
Talented musician.
The voice of an angel.
The body of an Adonis.
And the man I happened to have a one-night stand with in Vegas.

No big deal, right? What happens in Vegas… Well, you know how the saying goes.

Did I mention I was once engaged to Asher’s brother?

I walked away, hoping my momentary lack of judgment would stay in the past.

I should have known it wouldn’t. Not with my luck.

Now Asher York is back in my life, and that flame I hoped would flicker and die still burns brightly.

But can I put my heart on the line, knowing this man has the power to obliterate it?
Can I allow myself to come between two brothers?

There’s only one way to find out. 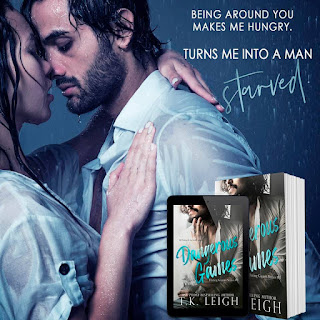 TK has been teasing us with his and Izzy's story for a while now and in this book we finally get the story we have been waiting for!

Asher. Oh Asher Asher Asher. I loved him so much! He's been holding on to his love for Izzy for a VERY long time and when they were in Vegas he was given a little taste of how wonderful things could be between them. But then they were interrupted and Izzy walked away with a second glance.

Now it's a year later and the two of them haven't seen each other since Vegas. But when Jessie (Izzy's ex and Asher's brother!) comes to Izzy and asks for her help, she finds herself face to face with the guy that she can't seem to forget.

There's no denying that Izzy and Asher have amazing chemistry, but there is a lot of history between them and a resolution to their feelings does not come easily. When they are alone and in their own little world, Izzy and Asher are just two best friends who also happen to be in love (even if they don't realize it). But once they are faced with the real world, too many things are in the way. It's up to them, especially Izzy, to decide not only what they want, but what the need.

Whew. The angst in this book. The angst is VERY high and you will feel all of it. So be prepared! 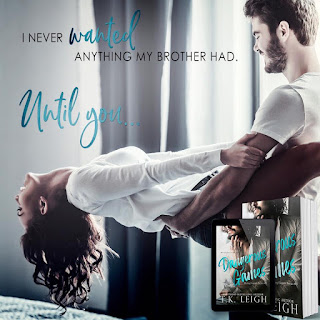 T.K. Leigh, otherwise known as Tracy Leigh Kellam, is a USA Today Best Selling author of the Beautiful Mess series, in addition to several other works. Originally from New England, she now resides in sunny Southern California with her husband, dog, and three cats, all of which she has rescued (including the husband). In late 2015, she gave birth to her first (and only) baby. When she’s not planted in front of her computer, writing away, she can be found training for her next marathon (of which she has run over fifteen fulls and far too many halfs to recall) or keeping her daughter entertained. 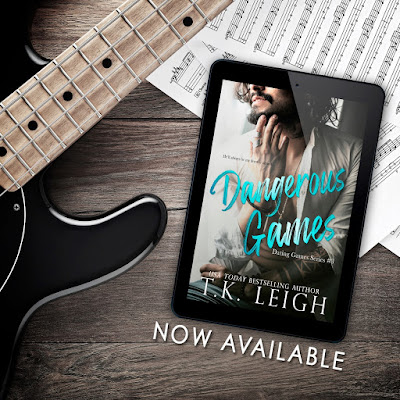 Posted by Kimmy Loves to Read at 4:20 PM