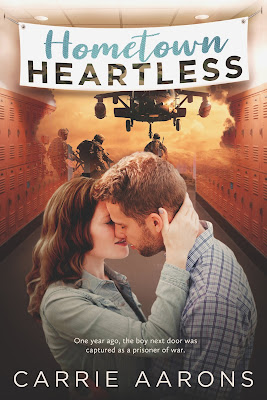 One year ago, the boy next door was captured as a prisoner of war.

The boy whose window faces mine.
The backyard buddy who bandaged up my skinned knees.
The childhood crush that kept me up at night, wondering if he’d ever be my boyfriend.
The town hero I wrote endless letters to after he shipped out.
The green-eyed charmer who promised me a kiss the day I turned eighteen.

And now, he’s home.
But he didn’t come back as the boy I once knew.
He’s a man now, one with demons I can’t comprehend.
The damaged soldier keeps telling me I’m not his anymore.
That the war took him, turned him into someone unrecognizable.
What he hasn’t considered is that it took me, too.

He swears there is nothing left between us, that his heart died overseas. But with each look through our windows, we both know his lies are just that. With each fated meeting, the truth only becomes more evident.

Everett Brock occupies the shadows now.
And as much as I try to pull him into the light, it seems the switch is permanent.
What he doesn’t realize is that I’m willing to follow him into the darkness. 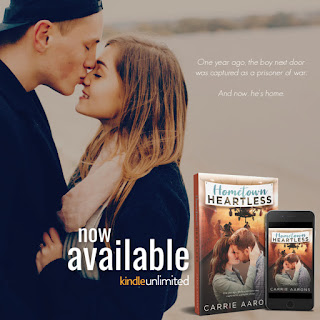 Everett and Kennedy weren't exactly high school sweethearts, but they have a history that cannot be ignored. So when Everett returns home after being held captive, Kennedy finds herself trying to reach out to a man that is no longer the one she knew.

Kennedy had hoped that she and Everett would be able to pick things up where they left them, but that is definitely not the case. Everett s dealing with a lot of stuff and the only way he knows how to deal is to lash out. He's standoffish and downright mean at times and who could blame him? But underneath it all, he's still Everett, the boy next door and the boy Kennedy fell in love with.

Kennedy is persistent, but also knows when to back off. Before Everett was captured, the two of them exchanged letters and talked of their feelings for the other person. The letters play a big part in Everett's healing and I thought that was a nice touch.

This book is an emotional one. Everett clearly has some things to work through and once he realizes that he can't do it alone, he has his family and Kennedy to help him. It's definitely one of Carrie's most ambitious books and one of her best. 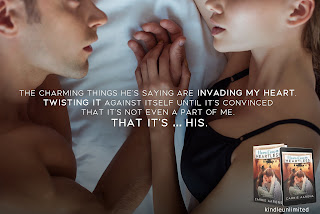 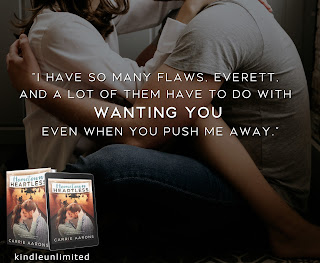 Author of romance novels such as The Tenth Girl and Privileged, Carrie Aarons writes books that are just as swoon-worthy as they are sarcastic. A former journalist, she prefers the love stories of her imagination, and the athleisure dress code, much better.

When she isn't writing, Carrie is busy binging reality TV, having a love/hate relationship with cardio, and trying not to burn dinner. She lives in the suburbs of New Jersey with her husband, daughter and Lab/Great Dane rescue. 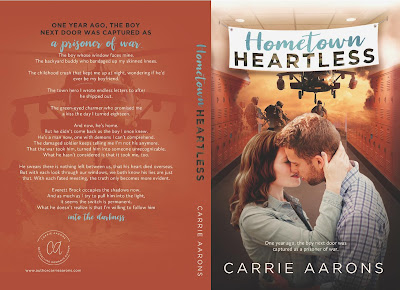 Posted by Kimmy Loves to Read at 9:38 PM