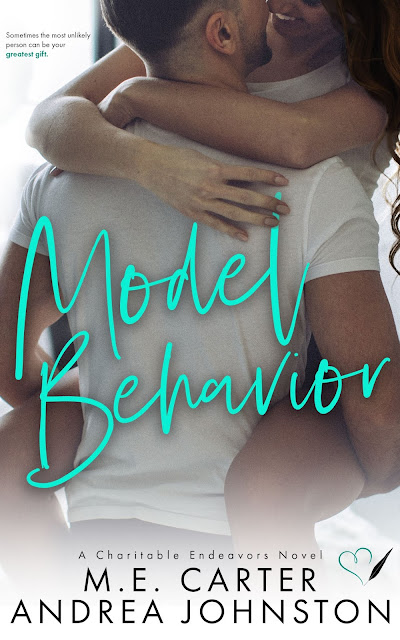 
He thinks he’s so perfect with his model behavior . . . and he just might be.

Reading and reviewing books is my hobby. Rescuing wildlife is my passion. It never occurred to me that both my hobby and passion would collide in the strangest of ways one day.

I was perfectly content in my quiet little world. Working, reading, and supporting my favorite authors left little time for dating or a relationship. Besides, when you take the horizontal mambo off the table, you sort of limit your prospects.

Then one night, Matthew Roberts in all his cover model glory blew into my life and swept me off my feet.

Life as a single dad is not for the weak. Especially when your daughter is a spunky six-year-old with a passion for singing and a weakness for baby animals. I’ve been strictly focused on being her dad and smiling for the camera to provide for her future. Having my abs splashed on the cover of romance novels hasn’t left much time for a personal life. Much to my mother’s dismay.

When a storm dropped—literally—a wild animal into my life, I knew there was one person who could help us—Carrie Myers. I just never expected her to save not only the small squirrel but to also find her way into my heart.

Sometimes the most unlikely person can be your greatest gift.

Add it to Goodreads: http://bit.ly/ModelBehavior_GR 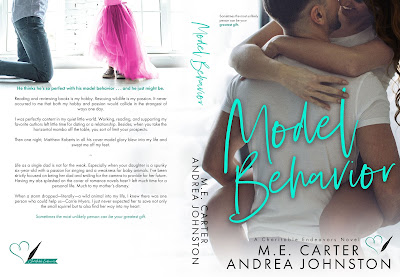 As you all know, with the Charitable Endeavors series we have committed to releasing each book with a significant portion of the release month proceeds being donated to charity. With the release of Model Behavior we have designated a portion of proceeds to Wildlife Center of Texas. Carrie, our heroine, and our lovely co-author are huge advocates for wildlife rescue. Both of which have been known to carry around baby squirrels in their sports bra! The Wildlife Center of Texas (a non-profit organization) was formed to meet the increasing need for wildlife assistance in the Greater Houston/Upper Gulf Coast. The Wildlife Center receives over 9,000 injured, ill and orphaned wild animals each year and is one of the largest wildlife care centers in the United States. Their mission is to care for injured, ill and orphaned wildlife through rehabilitation, public education and release.

M.E. Carter and Andrea Johnston are romance writers who share a love of the written word. Combining their sense of humor, beliefs in love, and sarcasm, this writing duo has joined forces to create the Charitable Endeavors series. With the sole purpose of bringing laughter and love to their readers while tapping into their charitable hearts, a portion of the release proceeds will be donated to charity.

Model Behavior is the third book in the Charitable Endeavors Series by M.E. Carter and Andrea Johnston. Each story is somehow related to the indie book community and is guaranteed to be a contemporary romantic comedy and fade to gray (no gratuitous sexy times when we're donating to charity) PLUS a portion of each book’s release will be DONATED to charity!
Posted by Kimmy Loves to Read at 7:37 PM