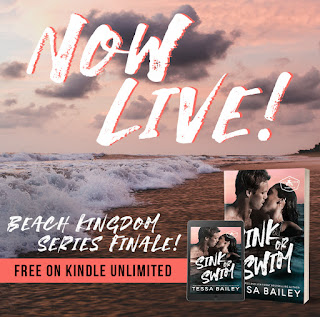 Andrew Prince wakes up before everyone else. He schedules the bar shifts, demands perfection from Long Beach’s lifeguards—most of all himself—and makes sure the family debts are paid. His unfaltering worth ethic might leave him exhausted, but it comes with one advantage. It distracts him from the love he’s been harboring since childhood for the girl next door—who he cannot have.

Jiya Dalal has dreams. To fly a plane, see the world below…and prove irresistible to her best friend, Andrew. But she needs to be a good daughter first, which is becoming an increasingly difficult task, since her parents expect a good marriage and the man she loves with all her heart refuses to pursue the blistering connection between them. Just when she’s beginning to believe Andrew truly doesn’t want her, a moonlight tryst on the beach exposes his true feelings. But an echo from the past kept them apart before…and it’s only growing louder with every stolen kiss… 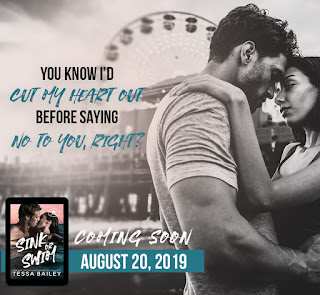 A couple weeks ago a friend of mine asked me what I did that weekend and I replied with "I read an amazing book!" They know about the romance reading and the blogging, so they asked me "Why was it amazing?" I think I started my answer about 4 or 5 times. Not because I couldn't come up with anything, but because I had a hard time coming up with the RIGHT words. This person doesn't read romance and I just didn't know how to properly express my feelings toward the book. I don't remember what my final answer was but I know that it contained the phrases "friends to lovers", "so much pining from afar that it actually pained my heart (but in the best way possible)", "sexy as hell", and "one of the best books I've read this year". I wouldn't be surprised if I didn't form full sentences and just said the above phrases.

The first two books in this series set this one up quite nicely. We know that Andrew has been loving Jiya from afar for YEARS, but hasn't done a thing about it. The same goes for Jiya, but she has convinced herself that she has been friendzoned and will never recover from that. But then they both come to the realization that the future Jiya's parents want for her will most likely mean that Andrew will no longer be part of her life the way he is now and that knocks some sense into both of them. This trope always has the "OMG what are we doing" moment and this is theirs.

Y'all the "moonlight tryst on the beach" mentioned in the synopsis. OH. MY. GOD. It went in a direction that I did not see coming and it was so freaking good. But I guess all those years of pining means that the sexy time are going to be knocked up a few notches.

I'm really going to miss the Prince family, especially Jamie and Marcus. They are still the absolute cutest and Marcus was the source of some laugh out loud moments that came at the right times. Then there is the epilogue that was *chefs kiss gif*. I laughed. I cried. I sighed happily. It was everything. And even though I would love for Tessa to just keep writing books about them for years to come, the way this ended was just perfect. 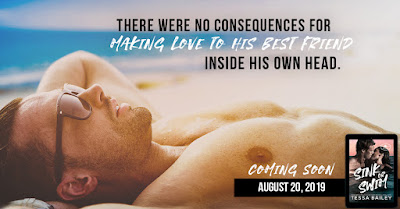 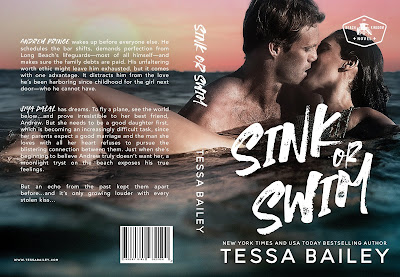 Tessa Bailey is originally from Carlsbad, California. The day after high school graduation, she packed her yearbook, ripped jeans and laptop, driving cross-country to New York City in under four days.

Her most valuable life experiences were learned thereafter while waitressing at K-Dees, a Manhattan pub owned by her uncle. Inside those four walls, she met her husband, best friend and discovered the magic of classic rock, managing to put herself through Kingsborough Community College and the English program at Pace University at the same time. Several stunted attempts to enter the work force as a journalist followed, but romance writing continued to demand her attention.

She now lives in Long Island, New York with her husband of eleven years and six-year-old daughter. Although she is severely sleep-deprived, she is incredibly happy to be living her dream of writing about people falling in love. 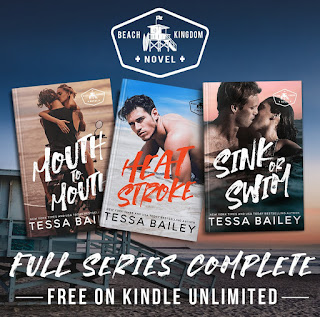